I've been thinking about how we decide what to do next, and how we share that with others.

I've noticed that when deciding what to do next, folks tend to first develop some insight about the work, and then think of appropriate actions. It's tempting to share the actions (they're much more concrete). It's more helpful to share the insight you've had, and leave the actions up to the person who's going to be doing them. This applies to areas of technical leadership (on the topic of just in time design) and to people leadership (on the topic of delegation and micromanagement).

Here's an oversimiplified version of the process as I see it for an individual: 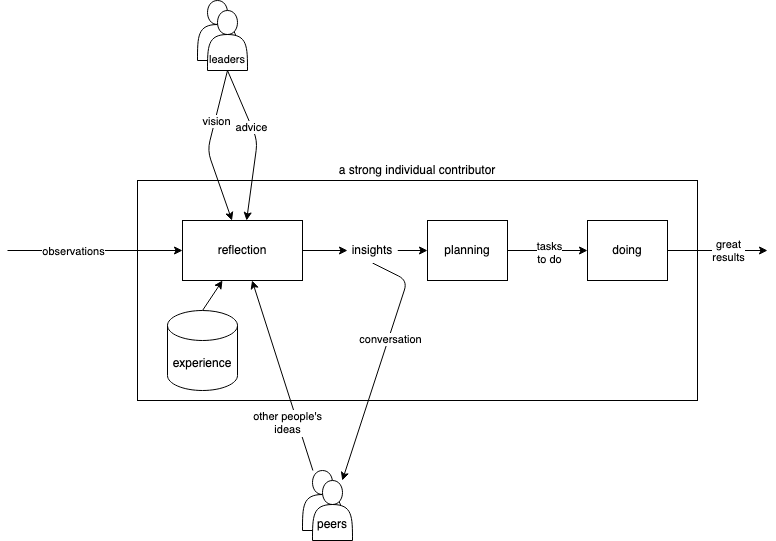 As the individual steps into leadership (technical leadership, people leadership, or informal peer-to-peer leadership), they're faced with the question of how to share their success with others. How can they equip others to do great things?

So, in an effort to help one another, we share what we can: the list of actions that we would take if we were to do the work: 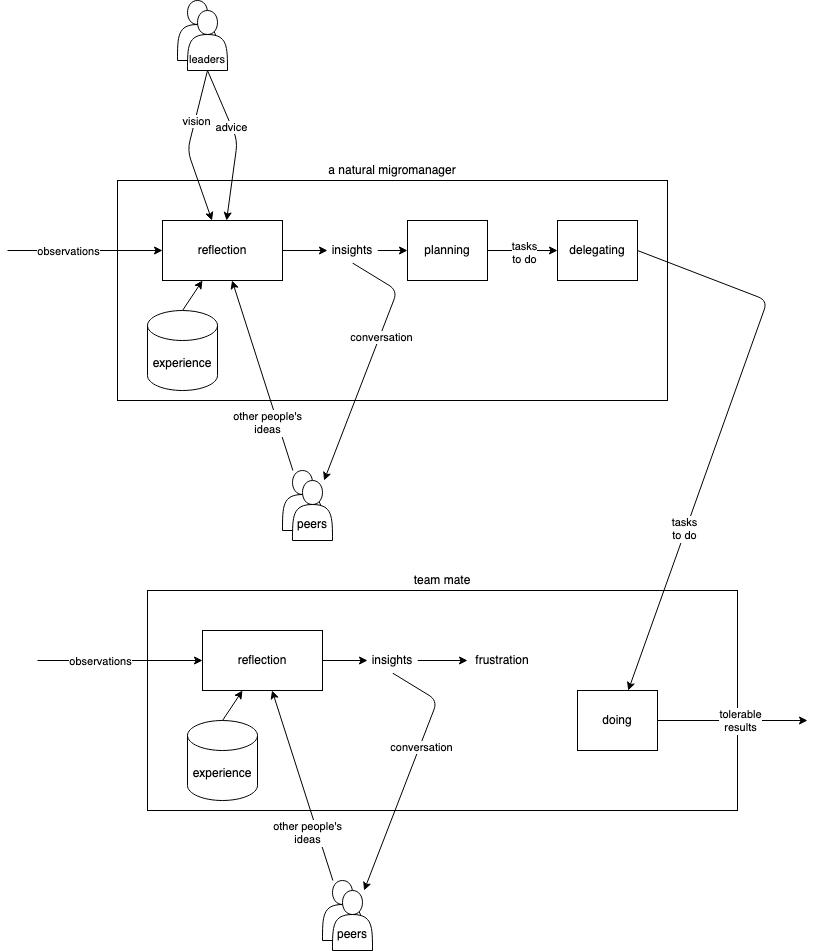 This is unfortunate for at least two reasons:

The challenge, as I see it, is to change the interface between the leader and the team member from delivering tasks to do to delivering advice and vision (intended outcomes). If the leader can share their insight about the problem, and frame a clear intended outcome (maybe with some advice about possible actions), then the person doing the work can start exercising their internal insight generation engine to produce their own action list. It yeilds better results, it's more rewarding, and it prepares them to lead. 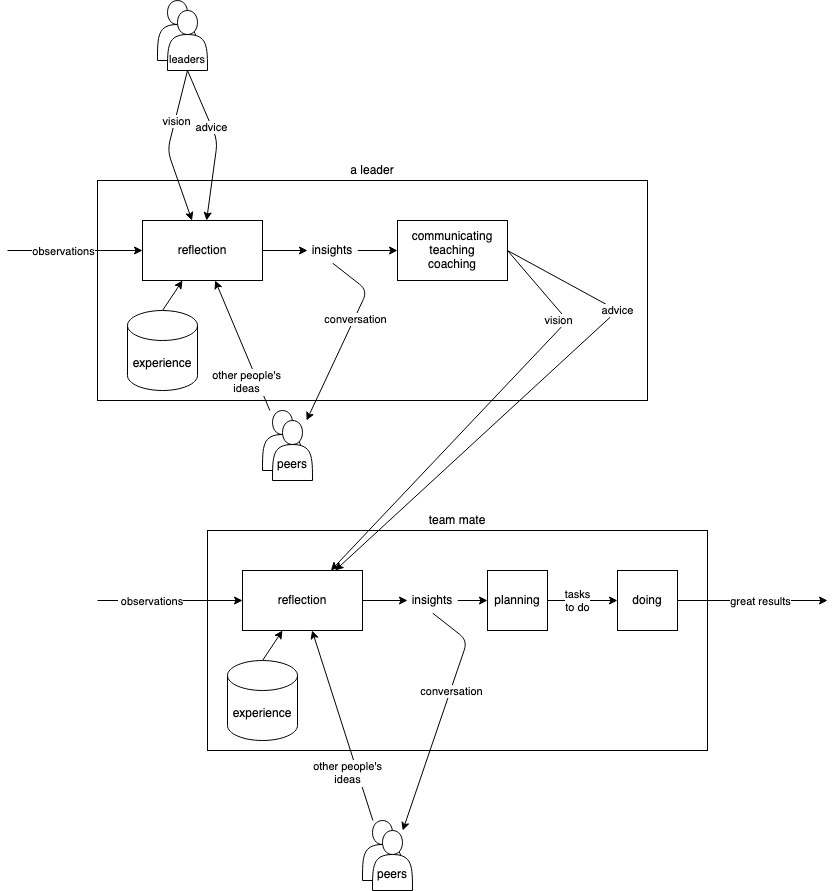 So what now? For me, I'm practicing sharing insights and intended outcomes instead of advice about specific actions. It's a major mindset shift. It's difficult to take my informal reflection process, interrupt it half way through, and share the midpoint result instead of the end result.

There's also an aspect of this that ties back to wanting to be in control: when I'm working solo, I can decide what I do. When I'm coaching others, I don't get to decide what gets done. To be a leader, I need to let go and trust my team mates. I'm trying to lean into that. It's a safe, healthy fear like what you get just before cliff jumping into water.

To me, it boils down to involving and trusting one another instead of bossing each other around and hoarding our knowledge. It's hard work to shift into healthier ways of working together, but I consider it a worthwhile pursuit.